A look back on the 3th China Forum

On the occasion of 45. anniversary of the establishment of diplomatic relations between Austria and China the 3. China-Forum was held by the Confucius Institute Graz. The Forum adressed chances and challenges of the new silk road, which represents a successfull enhancement of the open-door policy and a win-win situation for the bilateral relations.

The high ranking international meeting's focus is on science, economy and culture mainly intensifying cooperation between China and Europe, especially Styria (Austria). Styria shows the highest quota for research and developement in Austria with 4,85% and is ranked number 2 within Europe. The 3. Forum created a comprehensive platform of experts, organisations and know-how as well as a valuable network for long term cooperation.

In the course of the solemnly opening by the president of the Styrian Parliament Dr. Bettina Vollath, mayor of the City of Graz Mag. Siegfried Nagl, vice presient of the federal council Mag. Ernst Gödl, president of the University of Graz Prof. Dr. Christa Neuper and GD of Raiffeisenlandesbank Steiermark MMag Martin Schaller in Raiffeisensaal of the RLB in Raaba two more conventions were signed. Both conventions were signed in attendance of  the embassador of the Peoples Rebuplic of China in Austria S.E. Li Xiaosi and other high ranking members of the embassy: the conventions stated further close cooperation between the university of Jiangsu and the University of Graz, and the Geriatric Healthcare Centers of the City of Graz, Austria.

Our publication "3th China Forums One Belt, One Road" is available at the Confucius Institute for 58,00 Euro. 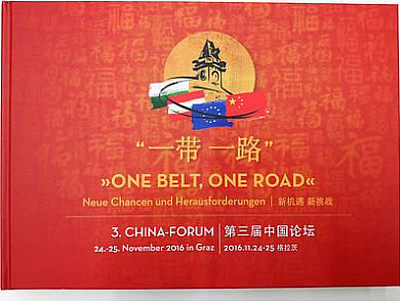 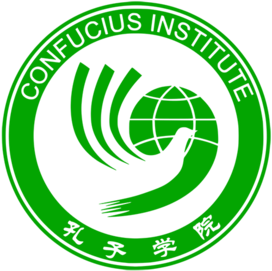